A tribute to a great dear friend - Ola

The message on Let'sTest website this week that Ola died of an accident shocked the whole testing community, his beloved friends and colleagues. The grief was visible through private and public messages posted on the website and through twitter. Paul Holland posted on twitter that he literally cried in his hotel. This tells a lot how close people were with Ola even after a short encounter. Pradeep Soundararajan posted a message in his memory of his friendship with Ola and the time he had with him in 2008 and also his deep disappointment that he won’t be seeing him at ØREDEV 2012. Ola planned to speak at this conference on “Why or Why not” - a twofold story about attitude and how keeping your inner rebel alive. Instead ØREDEV has put up the link to the message from Pradeep Soundararajan as a mark of honour to his memory. There was poignant tribute from Paul Carvalho posted on LetTest website in the shape of a poem which I want to share with you.

Raise a glass and give a cheer,
For a dear friend who is no longer here.
My life is better since you were in it,
Passion and learning with a rock & roll spirit.
You gave us gifts of life so sweet,
Some as important as a heartbeat.
To live, love, learn and laugh,
I offer as a simple epitaph.
The world is brighter since you were a part,
Thank you, Ola, with all my heart. 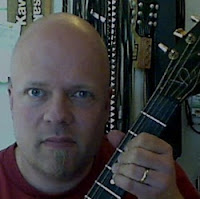 Like me many people in the testing community are touched by his sudden departure. Ola to me has always been a friend, is a friend and always will be. He left a hole in our lives and will be solely missed. He inspired so many people in the community that he is hard to forget. He has found a special place in our hearts which is a fitting memorial to memories that we cherished with him.

His message on his blog before Let’s Test 2012 to people thinking of attending was:

Somehow I ended up in the role of conference chair or conference general or El Commend ante ;) (Think I've used all of those titles in various places) And now it's about that time!!! Let's Do It!
Maybe I should bring an old whistle and some sweat pants and shirt, my old clipboard and make some noise like back in my football coaching days ;)

Nah, think I'll come as myself today and not 20 years ago :)
looking forward to seeing all of you who are comming. I'm not gonna make this rock alone. It's all of you comming to the conference that will make this really rock

I wonder what would have been his message to the conference two weeks before Let’s Test 2013. Thinking of him as down to earth guy, he would have said, let’s make it even better than 2012 and conference to remember for the life time or something similar. There is great line of speakers for the conference that Ola helped attract. My heart goes out to him and his family that he won’t be there to witness the spectacle he so worked hard to organise with Lets test organising committee with whom I dearly sympathise in their grief.

Ola was a dedicated private family man who shared his passion of testing with community at large that we are so proud of. Ola might have left the building but let’s not forget him from our hearts. Let’s make the next conference a success for Ola. Let’s start the march to LetsTest 2013 now!